The Future of the Federal Estate, Gift and Generation-Skipping Transfer Taxes

Under the current federal transfer tax system, there is a 40% tax on estates of individuals dying with more than $5.49 million in assets. Gifts made during lifetime are added to transfers at death for purposes of calculating the $5.49 million limit. (With proper planning, the limit is doubled for married couples.) Transfers greater than $5.49 million (or $10.98 million for a married couple) to grandchildren or younger generations are subject to an additional 40% generation-skipping transfer (“GST”) tax.

In a one-page memorandum released April 26, 2017, the White House outlined a tax reform plan similar to proposals advanced on the campaign trail. President Trump’s campaign proposed repeal of the federal “death tax.” That proposal did not mention the gift or GST taxes, though any repeal of the federal estate tax presumably would include repeal of the GST tax. The Trump proposal would replace the estate tax with a tax on capital gains over $10 million. It is unclear whether the $10 million exemption is a “per person” exemption, so that a married couple would enjoy a $20 million exemption with proper planning. It also is unclear whether this capital gains tax would be imposed at the time of the property owner’s death or would be collected only when the beneficiaries later sell or exchange the inherited property.

Any repeal or reform of federal transfer taxes will need to pass both houses of Congress before being presented to the President for signature. Although there are Republican majorities in both the House and Senate, any major tax reform may face significant hurdles in the Senate, where the Republican majority is not large enough to prevent a filibuster. It remains to be seen where the federal estate, gift, and GST taxes rank in the legislative priorities of the current Congress. 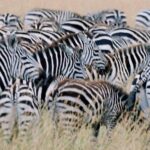 A Dazzle of Zebras are Changing BusinessAbout Us, Business Law, Social Enterprise 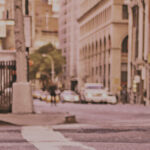