On-Screen Estate Plans – Is That How It Really Works?!

As estate planning lawyers, one of our primary objectives is to help clients avoid any drama or intrigue related to a loved one’s death.  In the entertainment industry, however, drama and intrigue are precisely what is desired, and the plot of many a movie or television show centers around an estate plan and its consequences.  In this three-part blog, we review a few juicy estate planning plotlines and evaluate the underlying estate plan.  So fire up Netflix and get cozy… we’re about to geek out on estate law.

Plot Summary:  In this Academy-award nominated film, Matthew “Matt” King (George Clooney), an attorney in Hawaii, is coming to terms with the impending death of his wife, Elizabeth, after an unexpected boating accident leaves her comatose.  Simultaneously, Matt, as the sole trustee of a trust that owns 25,000 acres of pristine land on Kauai, is considering a sale of the property at the time the trust ends. The land is a family legacy, and its sale would benefit Matt and his cousins generously.

The King family estate planning team has done well by their clients.  The family land in Kauai has been preserved as long as possible under the law for the benefit of Matt and his cousins.  Elizabeth has executed a living will that provides some clarity for her family after a tragic accident. 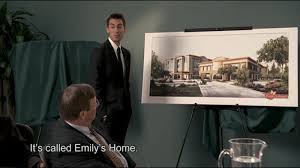 Plot Summary: When Howard “Red” Stevens (James Garner), a wealthy businessman, dies, his grandson, Jason (Drew Fuller), does not expect to inherit anything because the two have been estranged since Jason’s father’s death. In fact, Red leaves Jason a special inheritance — a set of twelve “lessons” that Jason must complete in order to receive “the ultimate gift.”  Red’s attorney and friend, Mr. Hamilton (Bill Cobbs), and his secretary, Ms. Hastings (Lee Meriwether), guide Jason through the process.

What’s Not So Great:

Mr. Hamilton went above and beyond in documenting Red’s intentions and in making sure Red’s wishes were fulfilled.  He does the legal profession proud.

That’s it for this installment of our review of estate planning movies and shows. If you need help to begin making your estate plan, please contact us today! As they say in show business, stay tuned for our next episode… 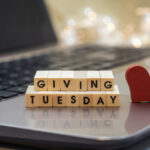 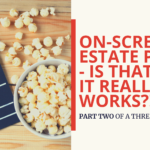